The Placement Team are volunteers who facilitate the placement process, work directly with every camp, and make the map of Black Rock City. Since 1995 we plan the city, correspond with Camp Leads year-round, and meet you in person to place your camp on the playa. Placement is how camps receive a reserved camping spot at Burning Man. If your camp would like a reserved Black Rock City address, your camp will need to participate in the placement process. If your camp would like to arrive before the Gate opens to build or set up your camp in a reserved camping spot, you will need to participate in the placement process. You can reach us by emailing [email protected]. Please include your camp name and requested sector in the subject line of your email. You can sign up for the Placement Newsletter here. I first came to Burning Man in 2000 and had no idea what I was getting into. Not knowing any better, I volunteered that year to take over the L2K ring of amber light pods around the man and from 2001 through 2005 I managed that project. In 2005 I started assisting the placement team by managing the 3:00 and 9:00 plaza and worked with the camps to effectively use the power there for interactivity. In 2007, I officially joined the placement team as the placer for 7:30 area. The following year I moved over to 4:30 and stayed there until 2012 when I took a few years off. In 2015 I returned to placement in the 9:00 Tokyo Sector. Believe me when I say that it is always my extreme pleasure putting you in your place on playa. My first year on the playa was 2008 and it wasn't until 2012 that I returned, and I've been going every year since! I helped lead and organize theme camps and with each passing year I was taking on more responsibility, I couldn't get enough! My love for Burning Man eventually lead me in search for a new way to continue giving to the community. Then it hit me - I wanted to be a placer! I was accepted to the Placement team in 2017 and I couldn't be happier in the best sector on the playa, 4:30. Bratty Cat first came to playa in 2013 with nothing but her entire life packed into a car and a sense of trouble. Quickly, she found herself engulfed in a dust storm and completely at home being lost in the city. She’s experimented with building art, starting theme camps and overall raising a ruckus. She loves the taste of dust, the color of the trash fence, bad jokes and climbing tall unsteady structures. In Defaultia, she’s a leather artisan, natural builder, and mounted archer with a passion for the written word and broken VW buses. Year one for me was 2003. And I quickly realized that this was a place to be and experience things in life that I never had before. The next year, I decided I wanted to do more than just experience it. So for the next 8 years I was involved in running theme camps. In 2012 I decided to volunteer with Placement. I began my journey in 3:00. Since then I have been a placer for 3:00, 4:30, and 7:30. I believe my time running a theme camp helps me to better serve and understand what our city needs. I have returned to Burning Man 18 times because I love to see the manifestation of people’s imaginations. I am in awe of how an idea becomes an art piece or how a group of people can create a theme camp that is warm and inviting and creates an environment for people to gather and interact. It’s the magic of interactions, both big and small, that is also what brings me back every year. I was lucky enough to be allowed to work as a placer in 2017 and am back in 2019 in the 9 o’clock sector where art and people’s interactions are at their peak. During Excited's inaugural Burn in 2010, she was gifted three rules from friends: 1) Fire burns, 2) You can't fly, and 3) If you're out of water, come back to camp. She has been hydrating every year since. After spending two years with ESD's Crisis Intervention Team, she joined Placement to play BRC Tetris. You can find her slinging Picklebacks in the 9:00 sector during Burn week. 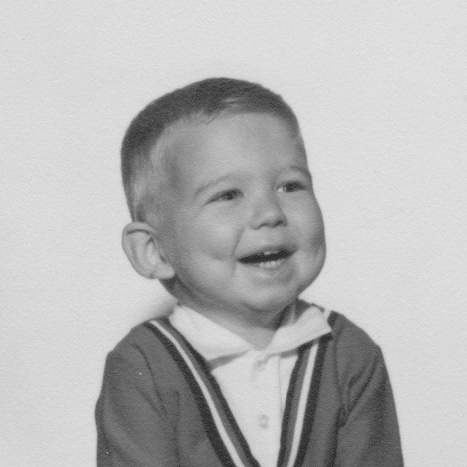 My first year was 2009. The artwork, the people, and the generosity were amazing. After a few years looking for a way to volunteer, I landed on the placement team in 2014. It was a way to give back while indulging my love of Legos and Sim City and Tetris and data and Burning Man all at the same time! I've been placing the 6:00 sector for the past four years with Machine and (new this year) Beemah. It's a lot of work but I love seeing all the amazing things you do and helping to make it all happen. I've been attending Burning Man since 2005 and volunteering for the Placement Team and Gate Perimeter & Exodus since 2006. I’ve been a member of, or a lead, of various theme camps since 2005. In 2006, an email was sent out to ask for volunteers to work in the office for two weeks. I was available & applied (& won) the internship for the Placement Team. In 2007 I was asked to return as a full-fledged placer. I have been fortunate to be the placer for the 4:30, 7:30, and 3:00 sectors over the years. Hot Water first came to the playa in 2012, where she spent most of the week with her jaw on the floor. From 2012-2014 she was a core member of camp Barberella Shop in the 9:00 Plaza, a grand adventure of spreadsheets and clippers and barbicide and pink wigs. But much like the little mermaid, she wanted more. So in 2016 she joined Placement and never looked back. It has been her utmost privilege to serve the 7:30 sector for three years running, and she is thrilled to get to play a small role in helping camps bring their incredible visions to life. I earned the playa name KGB my first year at Burning Man, 2007, where I helped build an art project and volunteered for Perimeter Death Ray Crew! It was an epic experience, and I’ve been attending and volunteering ever since. In 2015 I moved from GPE to the Placement Team, where I often wear colors other than black and help create fun, diverse, interactive neighborhoods of fabulous theme camps created by amazing people. In 2015-16 I helped place the 2:00 and 10:00 sectors, and in 2017 moved to the 4:30 sector. Can't wait to see you all in BRC! My first year was 2010 and I went early to build. Within 20 minutes, a storm blew a dome across the playa, and it landed on my car. It completely covered it! I remember wondering WTF should I do? If I could at least get my car to drive off playa then nothing else really mattered. Learning to "let go" was my first of many playa lessons and it’s been schooling me ever since! I have helped build theme camps, art builds, regionals and now with the placement team. I have found my home within my home! Level first stepped on the playa in 2009, where he joined the incredible Dilated People’s Eye Spa, an oasis of rejuvenation for dusty burners. In 2011, he became camp lead and in 2014, joined the Placement Team to contribute more to Black Rock City. Equipped with thousands of hours playing Sim City and formal training as an urban planner, he can think of no better role in life. He has placed 4:30 since he began, and is eternally honored to help pull together this magical place we call Home. L2K... a Gift Ticket... Early Arrival and the promise to help with whatever it takes to complete the 'Ring'. 2004 would prove to be the most amazing 'freshman' year; Cave of the Echo People, theme camp; Reflection, art project and my first experience with 'Placement'. machine was born! On playa experience includes...coning those places vehicles shouldn't tread; Ice sales; Placer for 3:00, 4:30 and 6:00; Flagger, then Lead Flagger... finding out being on playa an entire month each year, the best time ever spent! Black Rock City is through the looking glass. Monday never wanted to go to Burning Man, and had grown tired of his friends trying to drag him out to the desert. But when one gifted him a ticket in 2011, he accepted the challenge, and like so many before and after, it blew his freaking mind. He has made an annual pilgrimage ever since. To him, Black Rock City is his church, its citizens his congregation, its Ten Principles his foundational text. He is grateful every day to be part of something so beautiful. Gave fucked-up-haircuts galore as co-lead of theme camp Barberella Shop for 4 years. Put in three years on the ARTery Field Ops team, as a glorified excuse to drive a golf cart around Burning Man. Discovered a stowaway during her only year working the lanes at Gate Actual. Placement Team admin and BRC map drawer since 2014; probably knows the locations of 85% of camps at Burning Man any given year. DPW Playa Restoration Lead Scribe & self-identified darklepony. My first year on playa was 2005. By my second year I was fully on board and involved in a project to bring an art bike, decorate it like a UFO and pour micro-brew off the bike. The following year in 2007 a few friends and I started CarboFuckiNation and got placed in the 9:00 Portal serving IPFuckinA. 2009-2012 I revamped CarboFuckiNation into RevoFuckinLution and we had a good run in the 9:00 Portal continuing to serve IPFuckinA and adding TranscendentAle to the beer board. Desiring a bigger sandbox to play in, I stopped running a theme camp and joined Placement in 2013. I first went to Burning Man in 2007. I drove onto the playa knowing no one. Quickly my mind was blown by the art, the infectious sense of joy and openness, and I have never been the same since. That year I made a vow to myself that I will continue to come back to Black Rock City. Burning Man has helped me discover a fuller sense of who I am and I will forever be grateful. Off playa you can find me soaking in hot springs, exploring Death Valley National Park, traveling in Asia and photographing the natural world. Friends have been going to Burning Man since 1993 but I always had a reason not to (mostly because I thought it was a big hippie fest) ;) In 2003, I took up a dare, got myself to BRC and never looked back. I was lucky enough to camp with some placers and fell in love with what they were doing. 2004-2006 was spent trying to find my place as a volunteer: BMIR, Greeters, Rangers - all the while watching my campmates, hoping for a spot in the team. I joined the 9:00 sector in 2007 and in 2008 started placing 2:00 & 10:00. We volunteer hundreds of hours but it’s definitely one of the most rewarding jobs on playa. Normally busy running my ranch up in the mountains of Northern California, for a few blessed months I get to work on my other passion - urban planning. Dusty, dusty urban planning! Likely the strangest, most unique urban planning ever, filled with live music, amazing food, lots of fire, insane workshops and a multitude of bars and coffee, without which none of the rest happens. 3:00 Best Side!! is the truth as anyone who's lived here can tell you. Look for me on my Little Green Tractor and tell me what you love most about 3! See you in the dust, soon!