Man and the Souk at Sunrise

The Souk and Burning Man: 360° Panorama by Michael Holden

A Magician Explores the Souk by Caveat Magister David Best and the Temple Crew created this year's "Temple of Grace", a 70 foot high Temple with a footprint of 80' x 80' that sat in a courtyard approximately 150' x 150'. The structure incorporated a central interior dome within a graceful curved body made of wood and steel. It again had intricately cut wooden panels for the exterior and interior skin. Eight altars surrounded the temple inside a low-walled courtyard, creating a large exterior grounds for the community. The Temple burned Sunday. In March, The Artichoke Project and David Best, with an international crew, built "Temple" in Northern Ireland. The ethos of the Temples of Burning Man was brought to Derry LondonDerry in a timber frame structure measuring 72 ft tall, clad with intricate panels, some of which had been designed and cut by young people in the Nerve Centre's Fablab. Everyone was invited to leave a memory behind, let go of the past and look to the future. Up to 60,000 people visited over the seven days it was open, covering the inside of the structure and it's pillar with personal messages. On Saturday the 21st March it was set alight at 8pm and 15,000 people watched Temple burn. In addition to the Global Leadership Conference in San Francisco, more than 100 European regional contacts, community leaders and regional event leads gathered in Berlin with Burning Man staff Feb. 7-9 for the inaugural Burning Man European Leadership Summit. Through three days of presentations, group discussions and networking, participants and staff gained a deeper understanding of the broad range of community initiatives and visions of the future shared by Burners from countries across the continent. The Hun took us along with the Resto Crew with MOOP MAP 2014: Respect & Restoration.

Hello Black Rock City that was! 2014 was another incredible year at Burning Man; once again we all worked together to build it, share it, burn it and leave no trace of our passing. 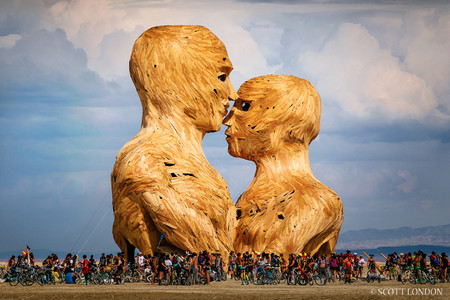 Crowds gather at Embrace, an installation by Matt Schultz and crew Turnkey Camping in 2014 became an issue that motivated our passionate community to respond on social media with concerns regarding how Turnkey could affect the future of the event. For two months, the Burning Man Organization conducted interviews with hosts and producers of camps receiving the bulk of the negative attention following the 2014 event, gathered information internally and externally and held a roundtable discussion with the Burning Man Project Board of Directors. A series of internal meetings with participation from three of Burning Man’s founders, event operations leadership, and the key teams poised to address this issue directly (Placement, Community Services, Ticketing and Communications) were also held. After proposing a list of reforms and drafting this post, we elicited feedback and input from various stakeholders and community members, including the Regional Network leadership and addressed the comunity's questions and produced new policies to address the issue. Over 300 Burning Man community leaders from around the world gathered in San Francisco to connect, share ideas and get inspired about spreading Burning Man values in their local communities. The event was a wild success and was covered extensively by our writers, Jon Mitchell and John Curley.

The last upgrade to Burning Man's website occured in 2003. In 2014 our tech and design teams, along with content providers and help from many valuable sources, came together to complete a massive upgrade of our site. The goal was to "create the ultimate storytelling tool for Burning Man — to support and honor its growth as a global culture making a significant impact in the world." And to create a space to move us to the next level. The end result you are reading now brought, Burningman.com, Burningmanproject.org, Blackrockarts.org, and a number of other Burning Man website properties into a a dynamic, responsive and fully updated website. 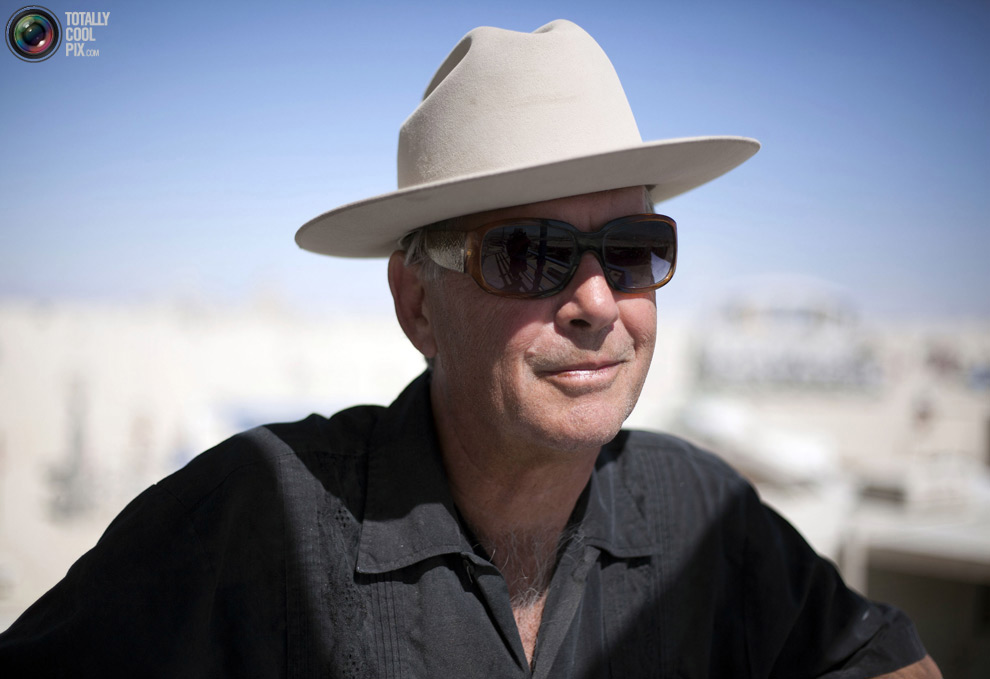 Larry Harvey spoke on “Why the Man Keeps Burning”, and his talk was very germane to current events in the Burning Man community. Listen to Larry’s talk on the Long Now site.