With Larry no longer designing the Man Base, the Art Department collaborated with community artists to build the 2019 Man Pavilion, which was designed by Yelena Filipchuk and Serge Beaulieu, and supported 26 aerial performances.

A Call for Urban Design Proposals was called for community artists to join a civic design challenge inspired by the theme Metamorphoses and the need to change our approach to the built environment and to take part in designing the Man Pavilion. An excellent discussion of this process, with the submission that was chosen can be read here. 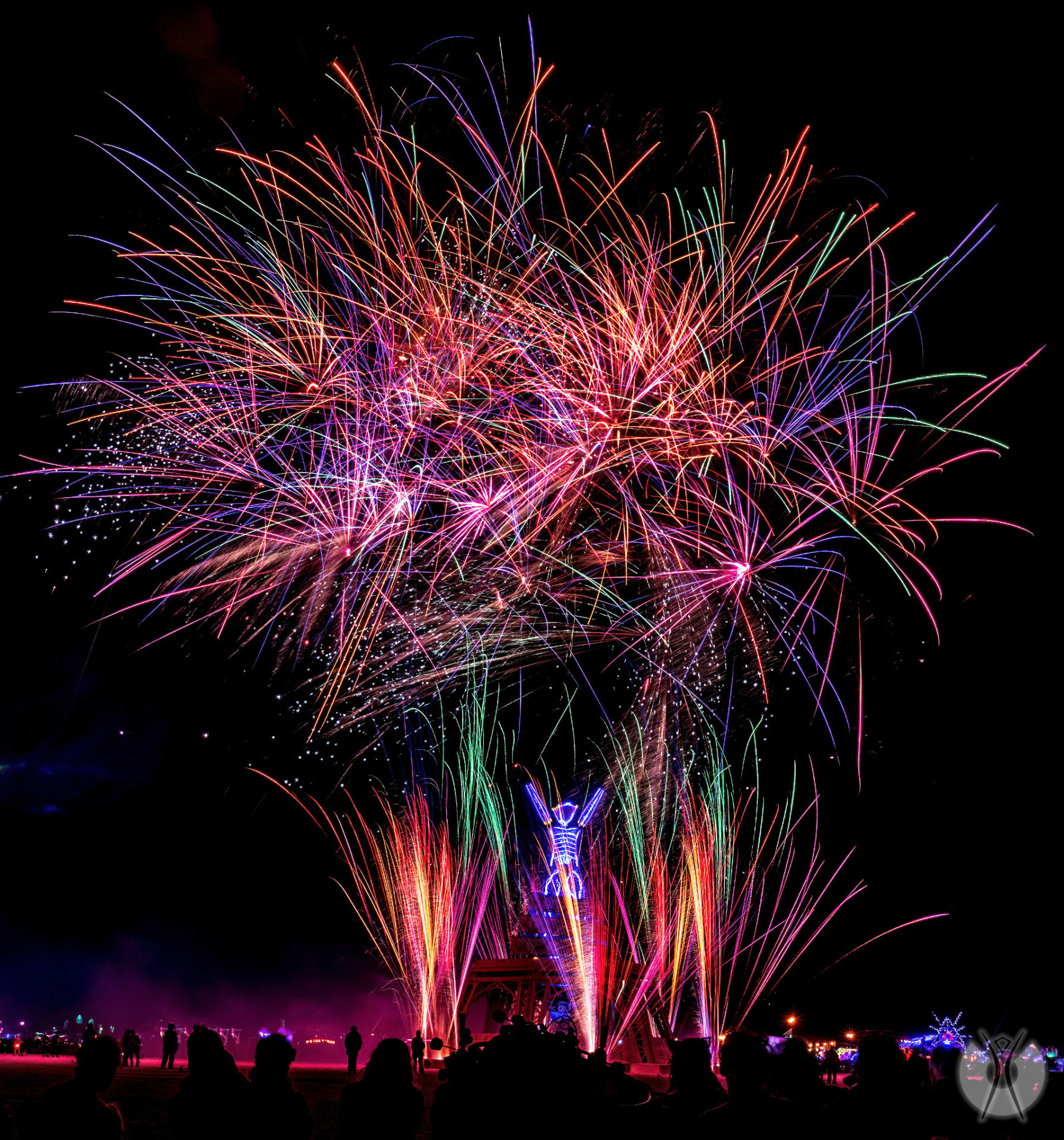 John Curley The Week That Was Burning Man announced the Sustainable Future Initiative in July, 2019. We have long been engaged in environmental stewardship through initiatives like Earth Guardians and the 2007 Green Man theme, and through partnerships with Black Rock Labs, Black Rock Solar, and Friends of Black Rock High Rock.

Burning Man Project is setting three broad goals to be achieved over the next 10 years:

This Solstice, Leave a Positive Trace! 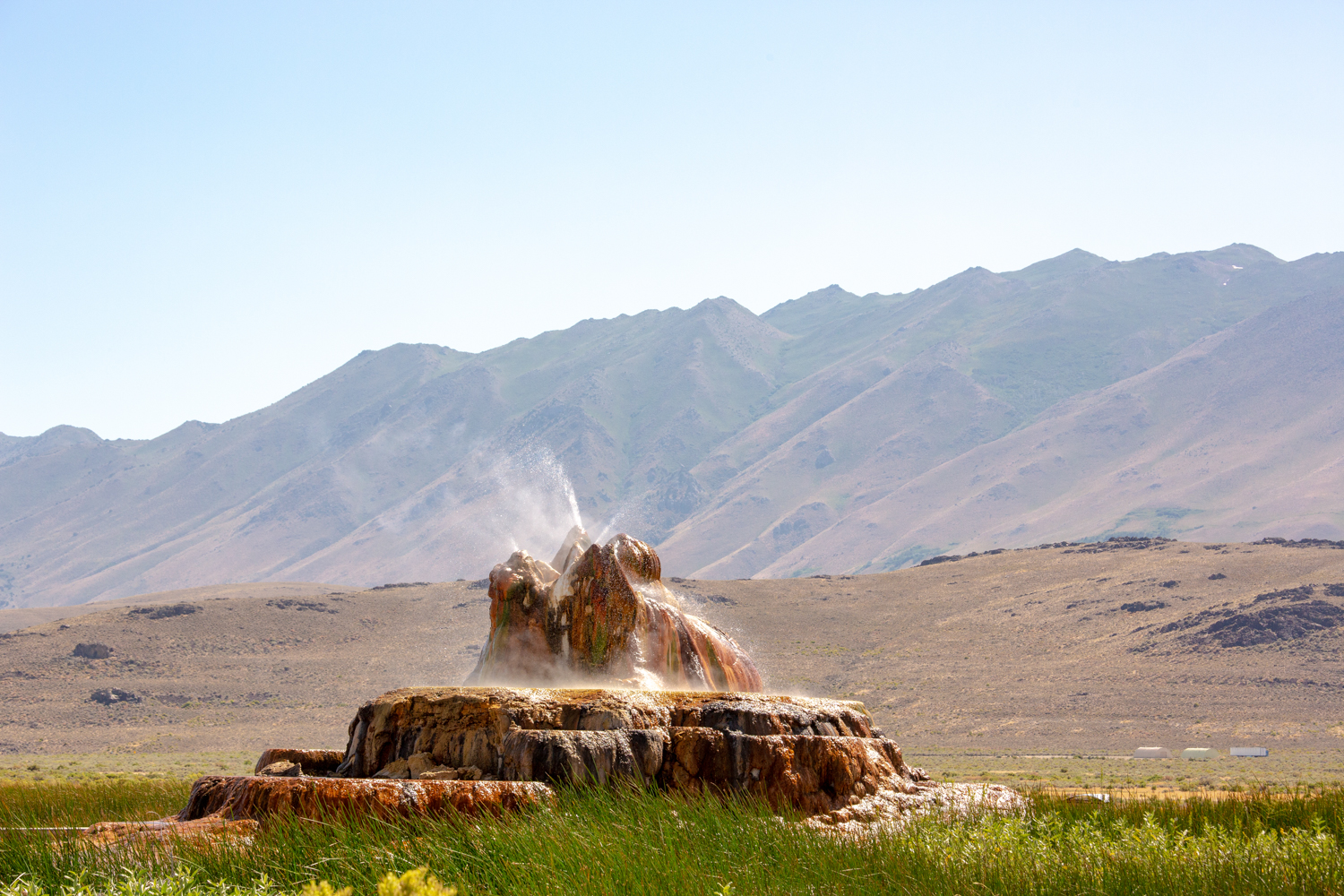 In 2019 there were about 15 gatherings held at the 3,800 square-acre Fly Ranch, from organizational retreats to Fly Guardian trainings, not to mention maybe hundreds of nature walks. Those walks happened every weekend, Friday through Monday, and upwards of 80 people a week visited.

Burning Man art installations such as The Pier, Jessi Sprocket and her crew's Baba Yaga House, a walk-in sauna, gifted by the Art of Steam group from Russia and the Narwhal, among others. The site is also envisioned as a testing ground for techniques and environmental solutions that might work at Burning Man, and in the rest of the world, too.

Fly is a middle space, between the temporary autonomous zone of Black Rock City and what people have referred to as the default world. It’s a place that can exist between the two of those, embracing the freedom of one and some of the pragmatic constraints of the other, and take the best of both to improve each of them


The 2019 calendar year heralded some major metamorphoses for Black Rock City and the worldwide culture it birthed. Burning Man Project CEO Marian Goodell started the year by sounding the clarion call for change, and highlighting efforts to address the erosion of key Principles such as Decommodification, Radical Self-reliance and Participation in our desert home.

These efforts included calls for community help to stop the creep of Instagrammer culture, and the promotion of products on playa: from the big and splashy, to the smaller festival-wear business brigade. These communications worked hand in hand with the third year of the cross-departmental initiative Project Citizenship, which focused on Decommodification, Radical Inclusion and exclusivity, and Greening your Burn.

We supported these Cultural Course Correcting efforts by making changes to ticketing; tightening the Outside Services Program; and issuing warnings to camps commodifying the BRC experience or being exclusive to participants not camping with them. This year was another record-breaking year for art: a total of 415 art installations on the open playa in Black Rock City, including 70 Honoraria projects and 340 registered projects (2018’s total was 383). These pieces were created by artists from 25 different countries. Some favorites included "Stone-27", the "Monumental Mammoth", “The Folly," "The Shrine of Sympathetic Resonance," "Welcome Home" (the elevated living room), "Mariposita," and the incredible flying flaming pegasus in the keyhole, "Wings of Glory." The design of the Temple of Direction was based on Japanese torii gates, which include two vertical columns and a horizontal beam. Twenty of these “gates” created a stepped undulation that started small at one end of the Temple, rose in the middle, and then descended to a smaller entrance at the other end.

Designer Geordie Van Der Bosch and Temple Build Crew constructed components at Oakland’s American Steel then staged them in Reno. Once on playa and constructed, the Temple of Direction's architecture consisted of a series of torii gate austerity and the simplicity that Geordie commented was his aim to "to create an image of endurance through simplicity and .. wanted it to hopefully look like it belonged in the playa." Geordie used a Japanese landscape design technique to blend the playa’s surrounding landscape with the rise and fall of the Temple.

As the Temple got bigger, it kind of formed a mountain peak and you had the mountains in the background (which you can see through the gap through the middle), so at certain times of the day that made it look like part of the mountain range. Foremost to Gordie was building a Temple as a service to the community and a space for quiet reflection.

The cavernous central hall was been designed to hold the space for all the feels and all the activities at once — from the joyous to grief-stricken, from the collective to the individual. There you found the Koi Pond created by Joe Joe Martin, and a bridge that "symbolizes the connection between before and after" where you can watch the LED koi languidly swimming around below.

The temple burns tonight, in remembrance of those who are no longer here, and everything we’ve lost, and how much we want it all back. But of course we don’t get it all back. We have to build it again. Wherever we are.

The Temple of Direction: The Timeless Potency of Simple Sacred Spaces